The Johanna Kristina was scheduled to return to Kuummiut in a couple of days so I packed up the next morning and left Tasiilaq Fjord so I could catch the JK to Tasiilaq. It was an uneventful paddle and so by the early afternoon I had the tent back up at Kuummiut, settling back in to familiar surroundings.
In all of the time I was in Greenland, apart from the people on the French yacht and a couple I met in Tasiilaq, I saw no other people exploring the landscape, it was really past the end of the tourist season. 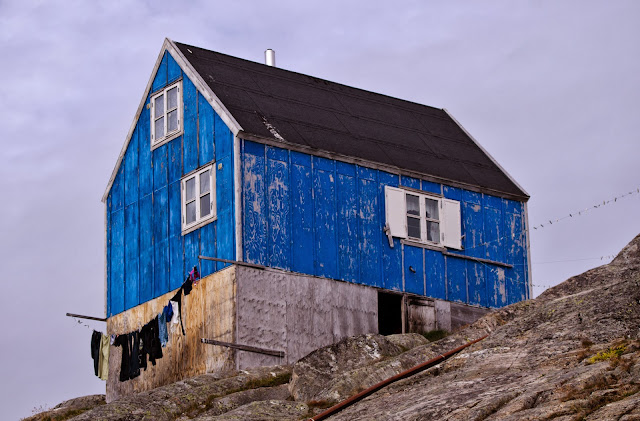 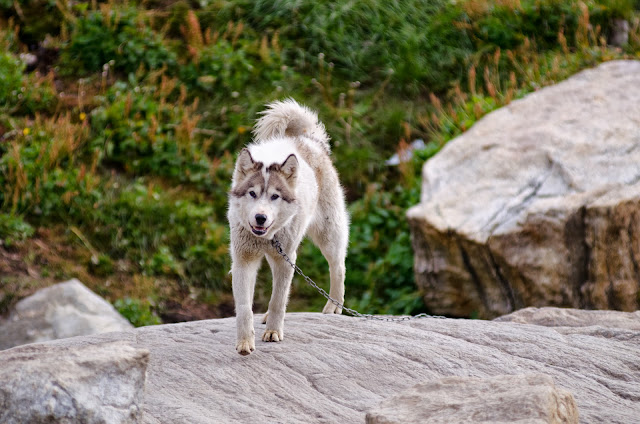 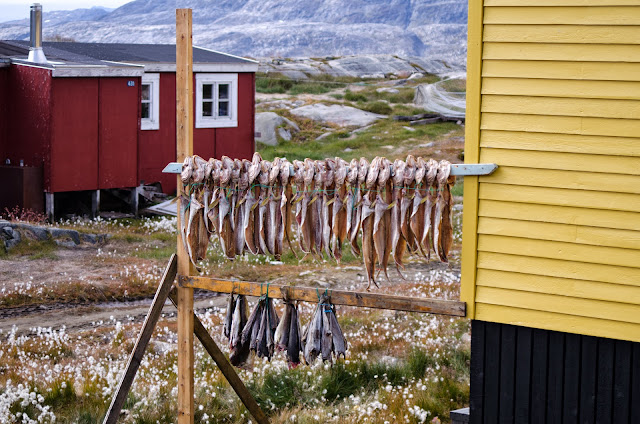 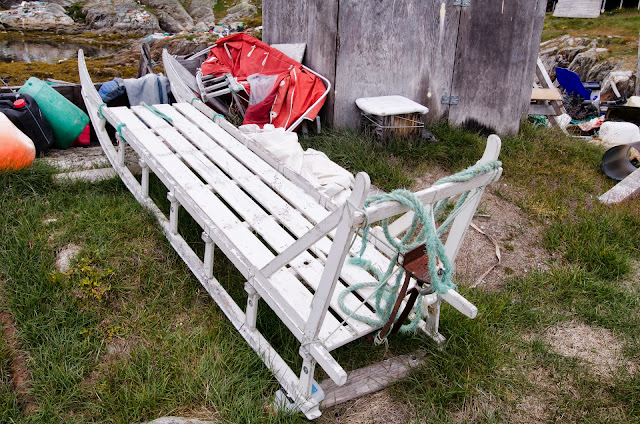 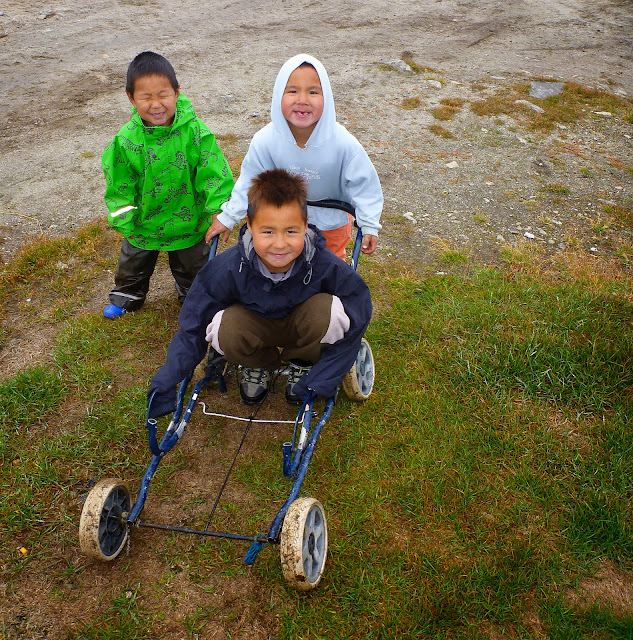 Eventually, it was time to pack all of my gear into the kayak ready for it to be moved around to the wharf. Once again, I searched out the front end loader driver and we put the kayak onto a pallet and off we went! 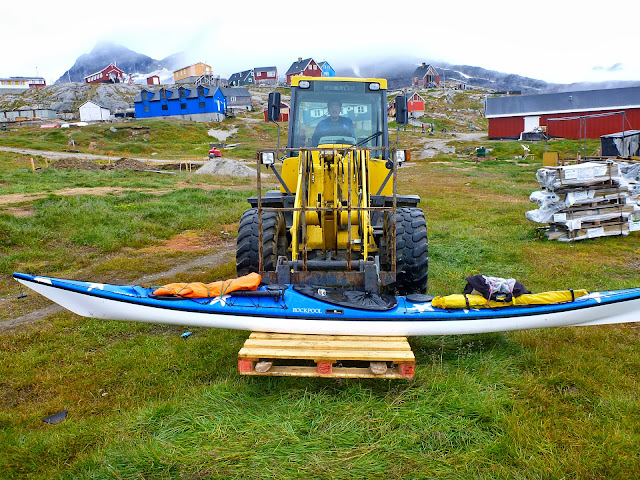 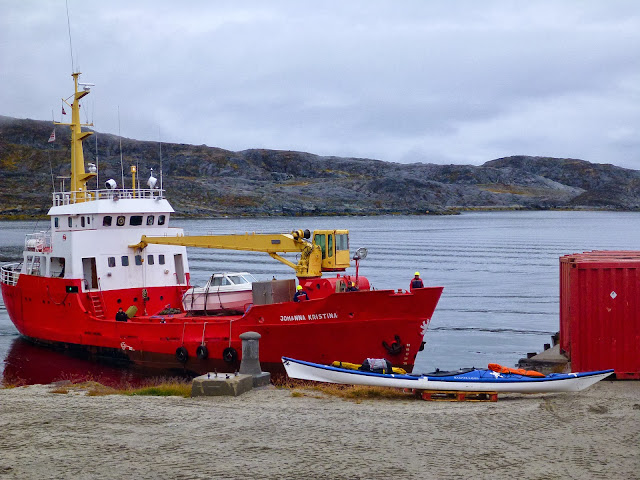