The Greenland Piteraq is a violent katabatic wind that usually occurs in autumn and winter. Piteraq is a Greenlandic word, translated it means "what assaulting one", referring to the absolute assault on the senses by a Piteraq.

It originates on the inland ice cap at times of little or no cloud over Greenland and the most regular place for it to occur is to the south of the Ammassalik region where I will be paddling! Fortunately, they rarely reach up as far as Tasiilaq

The air closest to the ice cap is cooled by contact with the ice so that even in summer the temperature might be -20° or -30°C while the layer of air above that stays relatively warm.  Near the coast, air in the valleys is warmed by the sea and rises. Gravity pulls the colder air down into the valleys creating a very strong wind blowing from the west-northwest. Piteraqs are most intense whenever a low pressure area approaches the coast, usually as a depression travelling up the Denmark Strait

Piteraq weather conditions are characterised by an intense blue sky, a very clear and dry atmosphere and intense sunlight. Lenticular clouds perpendicular to the wind direction can often be seen towards the ice cap.

Normally, Piteraq wind speeds reach 100 to 160 kph but on February the 6th, 1970, Tasilaq, where I will be starting my expedition, was hit by a savage Piteraq that registered 324 kph before the instruments were blown away. The temperature was -20°C. The town was utterly destroyed and had to be rebuilt from the ground up.

Since that event, the Danish Meterological Institute has issued special Piteraq warnings. In Tasilaq, a flashing light on a mast beside the church is the first indication of what is coming. Warnings are also broadcast by Kalallit Nunaat Radioa, Greenland's National radio station.

Piteraq winds can even be seen on satellite infra red images as streaks heading out to sea as below. Ammassalik Island is just left of centre at the top of the image.

I love maps, they are a window to wonderful places and adventurous travel and good maps are something to treasure, even digital maps :-)

One of the nice features of the DeLorme InReach Se is the way it can pair with an Android phone or iPhone. Detailed maps are downloadable from DeLorme and can be kept on the phone. Once paired, the InReach SE can provide location information on the maps. These maps will be accessible even when the phone has no signal.

A DeLorme technician sent me some examples a little while ago so I could see how much detail the maps contained. For East Greenland it was pretty good! 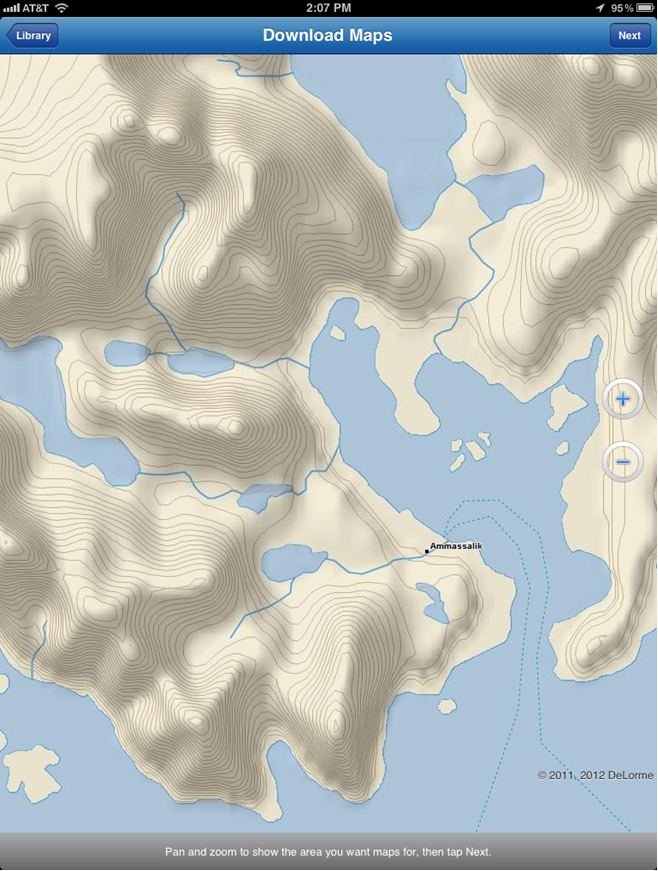 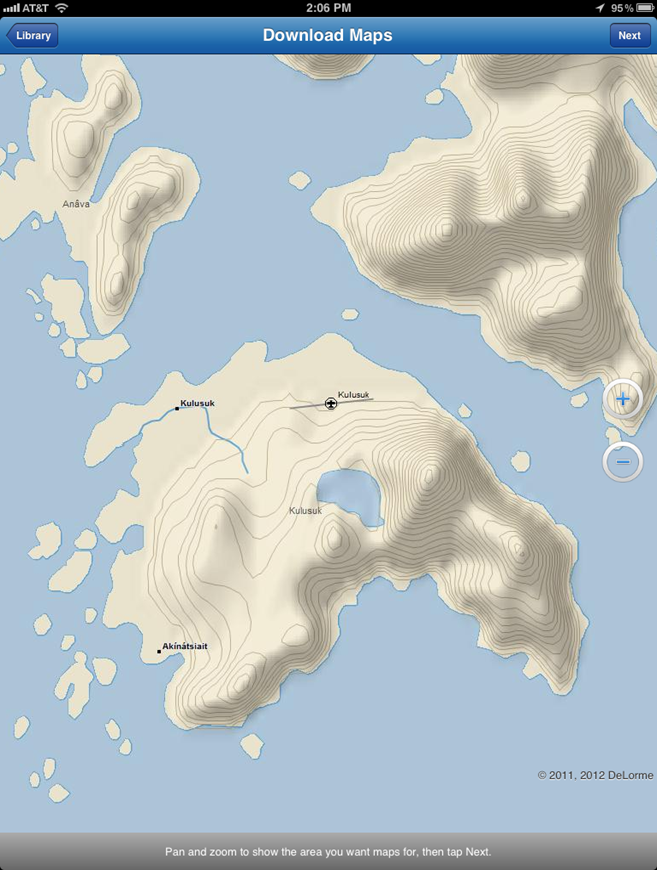 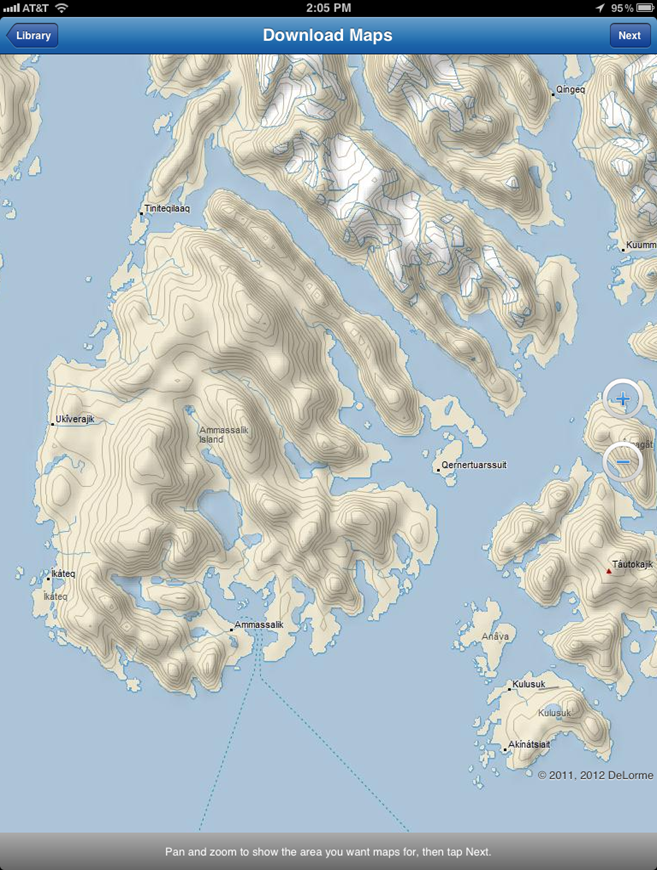 I said before that there is only a very slight chance of running into a bear. But in the interests of getting a sound sleep I definitely want a trip wire system around the tent. I have had the poles made and I tried the setup out last week. I had intended using pin activated personal alarms but unfortunately the pins are a very notchy fit in their hole and wouldn't activate with reasonable tension.
Soooo, I have ordered an alarm called a Packalarm from the US. This is a self contained reel holding 330 metres of line which connects to a trigger on the unit. Looks pretty good, let's hope it is!

You can see a video of how it works here

UPDATE!
The Packalarm arrived in the post today and I am very pleased with it. It is compact and light, activates very easily, the line seems perfect for the job and the unit is simple but seemingly robust. Apparently getting wet won't affect the unit which is great so I needn't worry on rainy days.

I will set the trip wire up again in a day or two and see if it is as good as it appears to be. 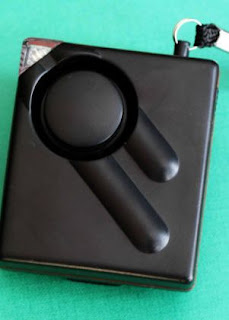 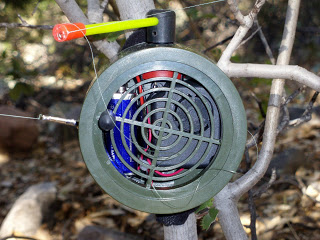