I have been assured that the chances of running into a polar bear or Nanuq in this area in summer is virtually nil. Virtually................ 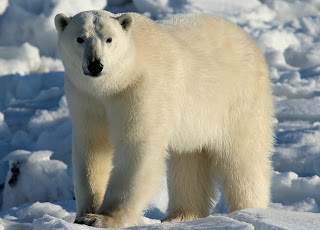 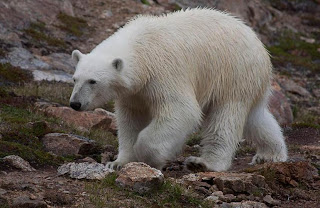 However, I do know of at least a couple of instances where polar bears have been seen in this area in summer, as above.


Inuit Elder:
“As human beings, and as Inuit, we know that the polar bears are ferocious creatures.
But we must know that polar bears are also able to think and are very similar to human
beings. A person must not get too scared or get panicked at the sight of a polar bear. The
polar bear is only protecting itself, but humans have to protect themselves as well.”
I initially planned not to camp in the Sermilik Fjord as polar bears are more likely encountered in ice areas due to the greater chance of seals being present. However, I have recently learned of a new hut that has been built which I am able to stay in so staying in the Fjord overnight is now viable. I am really pleased about this as the Sermilik Fjord is a stunning area, a place not to be missed with huge icebergs and a raw, elemental feel to it. 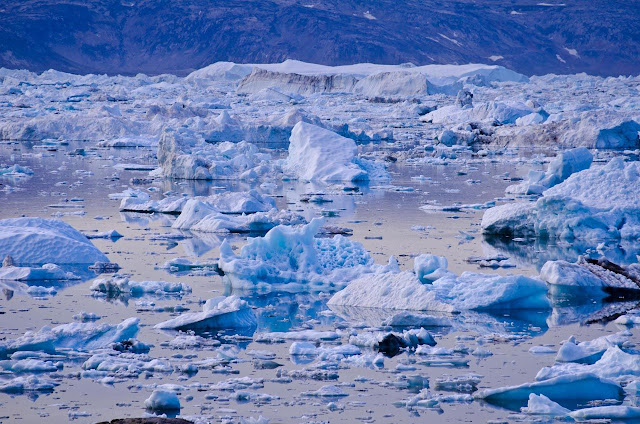 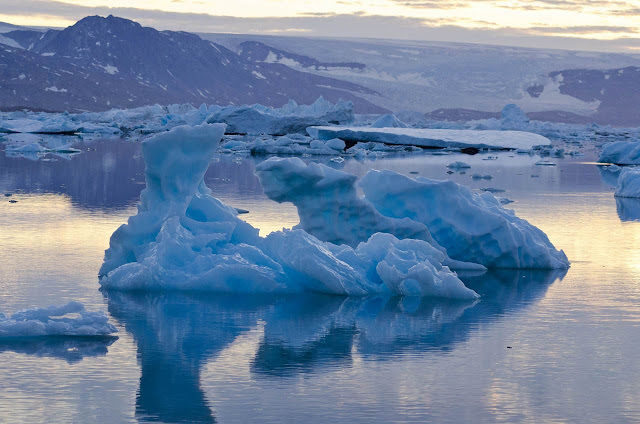 This is true Greenland!

As a precaution, I will be carrying a 12 gauge shotgun in a waterproof bag loaded with solid slugs.
The general recommendation for polar bears is a rifle of calibre of not less than 30-06, .308 or a shotgun with solid slugs. Smaller firearms don't have a big enough punch to stop a bear.

I will also have flares, as an initial deterrent, and I have put together a trip wire system to erect around my tent at night.

On my last visit to Greenland travelling in a group we had the shotgun with us but didn't bother with the trip wire.

Because I am travelling solo this time, I feel that sleep will come a lot easier knowing that I should be forewarned in the event of having a visitor during the night. If the alarm does activate, then I have to get out of the tent..........that will be the scary bit.

Anyway, it all adds to the adventure of it :-)
No comments: